BCCI waiting IPL 2020 to finish to give Dhoni a farewell 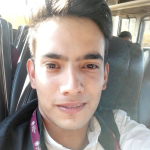 Bcci waiting Ipl 2020 to finish to give dhoni a farewell

Bcci waiting Ipl 2020 to finish to give Dhoni a farewell. Mahendra singh dhoni, the former Indian captain and wicket keeper have recently announced his retirement from the International Cricket.

Dhoni announced his retirement via Instagram on August, 2020 on the occasion of Indian Independence day. The decision by the Indian skipper has left the entire country in shock.

After a while Suresh Raina also announced his retirement. He said that he will be happy to join MS Dhoni in his journey ahead.

As Mr.Dhoni announced his retirement suddenly, many of the fans of MS Dhoni wanted to see him play one last time for India. However deep inside our heart each of us knew one day Dhoni is going to get retired and we won’t be able to see him play. we were aware of the fact we will not be getting to watch any Helicopter shot on the pitch.

So the Board of Controls for Cricket (BCCI) came into rescue. bcci is waiting for the Ipl 2020 to get over so that they could give a farewell to the captain cool of the country. this news has been like a water in the desert.

Many of the the former indian cricket players has appreciated the thought by bcci. And why will not they, captain Cool deserves a cool farewell like other legend of cricket for example Sachin Tendulkar , Ricky Ponting, etc.

Jharkhand offers to host the farewell match for MS Dhoni. As he has spent most of his life in Jharkhand during he was a teenager. This has been offer by none other than Chief Minister of Jharkhand. Dhoni has been a inspiration for the youth of jharkhand.

officials have not decided anything but said that for sure they will approach MS Dhoni to request for playing one last match.

Thank you and we will keep you updated with upcoming news about dhoni and other cricket related news.